Canadian Real Estate Isn't That Expensive Thanks To The Loonie: Bank Of America

You can buy a Canadian home for less now than you could at any time between 2010 and 2014.
If you're American. Or Chinese.
That's according to Bank of America Merrill Lynch Global Research
The bank's conclusion may be tough for Canucks to hear, especially after the national average sale price climbed 5.4 per cent in August from a year prior, the Canadian Real Estate Association (CREA) reported this week.
But look at the issue through a foreign currency lens and it actually makes sense.
"Homes are cheaper on both a U.S. dollar adjusted and Chinese renminbi basis than in 2010-2014," the bank said in a note released on Tuesday.
"Despite the high rates of home price appreciation, the continued appeal of Canadian real estate is reflected when adjusting home prices for the substantially weaker Canadian dollar." 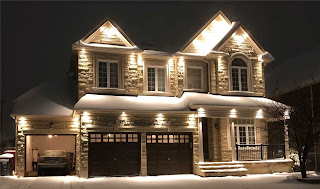